THE VICTORIA THEATRE THROBS WITH LIFE.  Of Course...What else throbs?


The Show at the Victoria is revolutionary Triple Stretch Fabric - no more Hooks front or back. Gee - this is so easy, but HOT!

Yes, the crowd was just sweating to see this clever parody show. And believe me - they were not disappointed. They were panting and screaming.

Leigh Crow more than filled the shoes of Carries boy friend Mr. Big. She thinks she has blown their relationship with too much hot air in between the sheets. Well - blowing air is O.K.

Doubly talented D'Arcy Drollinger is sensational as sophisticated slut Samantha. He is a show stopper. Lady Bear gives an added dimension to the role of Miranda when she gets a little behind in her sex life.

Alaska! - brings Charlotte's innocence to life as she copes with the demands of her kinky boy friends. And they ARE really, really kinky!

Andy Alabran & Jordan Wheeler play all the boy friends with individuality baring appropriate parts of their anatomy. This is the most crazy, hysterical stage play and musical I've heard and seen in years. Love it!

Mr. Big's cool style is no doubt for him. It's the swagger and body wash. We all noticed that he was flake free. You know -- all that incredible hair. Remember - Fresh lasts longer in the arms of someone stronger than you.

(((Lee Hartgrave has contributed many articles to the San Francisco Chronicle Sunday Datebook over the years. He also wrote Entertainment articles for PBS-KQED - 7 years)

HICK: A LOVE STORY THAT TURNS INTO POLITICS - IT'S PHENOMENAL! - Hartgrave

I sure as hell did not know what to expect in the one woman show at the Eureka Theatre. Its an amazing story about Lorena Hickok (Terry Baum). She was kind of a tough woman who worked for the Press. Yeh - she had her eye on something else. And...that someone else was Eleanor Roosevelt. Who could believe that these two Ladies would be cuddling up together. And, I was amazed at what was going on at the Roosevelt White House.

Eleanor is Dead now, and so is Lorena Hickok. In the Roosevelt Archives -- is where you will now be able to read all about it. Lorena Hickok did not reveal the hundreds of letters between the awesome women until Hick died. It sure as hell threw me for a loop. Hickok went from the Newsroom to an amazing Cat and Mouse hide out, at the Whitehouse. How did they hide between the two Ladies? However -- It seems that Roosevelt knew all about it - but probably did not care. Even I didn't expect that the White House had so much fun while they were alive.

In 1932 is when the two Ladies met at the White House. Hick left her AP Job to cozy up with Eleanor. But, even Eleanor was just a little nervous about the whole setup. Sure, they still got together - but Eleanors sentiments began to fray. Eventually - they only talked on the phone. When they couldn't do that, they exchanged their love letters. Yes - they had a "Gay old Time" on the hill" - and they got away with it. 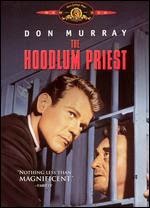 WE MISSED HIS COMPELLING FILMS


RECENTLY I SPENT A WEEKEND AT THE ROXIE THEATRE. Not only did I get to see Murray again (PLUS many years ago) - I got to see Murray live in the Theater -  and on the screen this week. At the end of each of his films (the themes began to emerge). Many of Murray films featured male bonding and there were some really racial tensions. The leading black actors - Charismatic Otis Young, Sidney Poitier, a dramatic Dick Gregory and handsome Robert Hooks plus - the golden voiced James Early Jones practically jumped off the seats.

On the Roxie Stage between films - Murray was kind enough to tell us about the filming, and he let us in about the amassed body of work. What a Talent! One of the screens and on the Roxie Stage was - 'CALL ME BY MY RIGHTFUL NAME'. Those were the most remarkable performances I ever seen on the Screen. Gee Wiz - we got to see a bromance with Otis Young and Murray both as they loved the same girl. Yeh - they both almost reconciled. It didn't work for either

All of the Actors were vibrant and compulsive -- "Bus Stop" (starring Murray and Marilyn Monroe). It was - and still is - one of the greatest films of all time. And it was in brilliant color. I met Murray in San Francisco again in July 2014. I first met him in Chicago after the first viewing on "Bus Stop". That was many years ago.

At the end of the films at 'The Roxie' in SF - everyone in the Theatre stood and clapped vibrantly. And for Don Murray -- well, you just can't take you eyes off of him. He's still in Great Shape! He gave performances of a lifetime then and now.

THEATRE THAT THROBS WITH LIFE -- with Lee Hartgrave Tonight 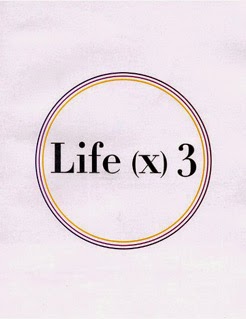 With the play, Yasmina Reza returns to Albee territory. Two couples spend an evening together & in vino veritas truths begin to emerge. Oh, what unflinching fun.

The play consists of three scenes in which the same events are revisited. It is a very unique stage show. And Wow...it's a crazy and joyous good time. Hey, isn't it time for it to hit Broadway?

Although the characters remain resolutely the same -- the results are extremely different. It's domestic drama & profound riff on the meaning of life.

In the first scene a professional couple are retiring for the evening and having trouble with their  bratty boy to settle down. The couple disagrees on how to solve the problem. They both show signs of weakness. Along comes the ringing of the door bell. It is the husband's boss and his wife arriving a day early for a careering boosting dinner party. Well...mostly munchies.

The second scene is a rehash of the first, with more ugly truths emerging. In the third scene we are spared the preamble & things do get a little better - but there is no happy ending.

Between scenes we enjoy some lovely lighting effects (brilliant, lab created diamonds). The acting is uniformly excellent. They certainly know how to bring out every nuance of the clever strongly written dialog. Oh, and they did do a lot of drinking whiskey. But - they still looked like they were standing and yelling at each other. And there is the guest Hubert. Henry is not too keen on Boss Hubert - but he likes Henry's wife.

(The play takes place at Henry and Sonia's home in Paris France.)

THE GREATEST
MUSICAL SCORES EVER WRITTEN BY SONDHEIM

The sheer genius of Sondheim truly is one of the best songwriter, lyricist and dramatist in the world. His melodies are elegant and graceful. Yep, no clunkers in this show. I'm already breathless.

You really get wound up with fantastic ballads like "Children Will Listen" - "Agony: and "No One is Alone". The lyrics are extremely clever. I'm still humming them.

The story is relentlessly funny and clever. What we see and hear at "The San Francisco Playhouse" is full of exciting delights as we explore the wild Woods. The dark side to this musical lets us know that everything is not always 'Happy Time".

Right now at 'The Playhouse' Jack reveals his 'bunch of beans'. Not a clunker in the show. The story brings together the familiar characters -- there is as I said - Jack, Little Red Ridinghood and Rapunzel will keep you busy. Plus there is a Giant that is out to get everyone. And I'm sure -- you will just love the "Witch" that goes from ugly to a sexy beauty.

There is without a doubt that Sondheim has given us the greatest musical scores ever written. The lyrics are naturally Sondheim's best ever. The conflicts, and characters are just so stunning that the entire audience felt like we were tricked into a strange desert Island. A lovely one - I must say.