APPLAUSE - ANY GIVEN DAY - RUMORS

APPLAUSE is one of those movies about a great actress that boozes too much. Sure she’s great on the stage. If it were you or I on the set – we would’ve been fired. I mean really, who in the hell would want to confront this psychotic bitch.

Watching her on the screen was like watching one of the Evil Dead movies. No wonder her husband left her. Who could live with someone that is completely out of control? He has the two boys – because she's  incapable, of taking care of the children. Who know’s what she might do? Sometimes, when she does get to see her boys – you almost feel like she is plotting something against her children, just to hope that she will get some sympathy from her ex-Hubby.

There are fun moments when she gets to take the boys out. She plays with them, buys them toys and they seem to be getting along well. It is when she drives them into the country near a big lake that makes me nervous. I began to shiver. Is she plotting to drive the car into the lake with the boys in it? You never know what a boozed up pitiful Actress will do to hurt others.

She claims that she is off the booze. Well, it may seem like that for a few hours – but then she is back to her nasty old self again. Sort of like 'Virginia Wolf 'who in that movie - threw empty bottles against the wall. Just don't get in the way. Same as this alcoholic.  As you know, this story has been told hundreds of times. Much of it is from real life actresses, that have f—cked up careers. This movie seems to get us thru the drunken nightly storm. And boy am I glad about that. This simple formula pays a lot of attention to the details. We watch her makeup process in the dressing room. She’s older now – and that is taking a toll on her. On the stage she is a complete firestorm.

That all good and fine – but when she gets off the stage she is a bitch and a half. She’s in a constant state of uneasiness as she puffs away at cigarettes.

This is a memorable and moving Danish film. Paprika Steen (The Actress) doesn’t know how to love herself and anyone else. She’s just a total wreck. Her ex-husband doesn’t trust her with the boys. And who would? Paprika’s performance is desperate, sad – but very natural. Steen surely will win awards with this film.

NOW PLAYING AT THE LANDMARK THEATRES

There are basically two stories in ‘Any Given Day’. The first play is about Bill and Sadie who live in a community flat. Both are slightly mentally deficient.

Over and over, Sadie keeps asking – “Is Jackie coming?” Jackie is someone who checks on the welfare of Sadie and Bill. The couple argues over whether to make Tea or not. Sadie says ‘no’ too almost everything that Bill asks her for. But, all of a sudden after she says ‘no’ to Bill, she suddenly ask him “Do you want a cup of tea?” But, then she forgets for a while about the Tea. Later, she remembers to make the tea – but someone throws a small rock thru the window. They are startled and Sadie knocks over the Tea and she becomes crawls around the floor like a child.

Sadie forgets most everything. The phone rings – and she gets frightened. And, we find out later why she is afraid to answer the phone.

Jackie works at a bar. She seems to be stressed. Dave (James Carpenter) the Bar Keeper and owner is kind of sweet on Jackie. She brings out some bold sexual statements. Dave is shocked by her comments. But obviously is smitten with the possibilities of what might happen next over a couple of drinks.

There is a connection of the two play lets. We never really get to know what happened to Sadie and Bill. We don’t see them again after the intimate Bar scene.

The last we see of Sadie is when a neighborhood boy bursts thru the door and starts ranting at Sadie. “You f—cking ugly cow. Moo Moo. I’m coming to get you. And when I’m done I’m gonny pee on you.” Of course – ‘Boy’ is cruel. And he frightens us with his marvelous Scottish accent.

Any Give Day is a remarkable rarity. It’s a play that adults can brawl over. It’s like being on a treadmill to hell. And it pretty much keeps you there. “It’s devastating and splendidly well made.

Great directing - by Jon Tracy. The brilliant writing is by Linda McLean.

The play is only 90 minutes long.


SCROLL DOWN FOR MORE "RUMORS" AND OTHER STORIES 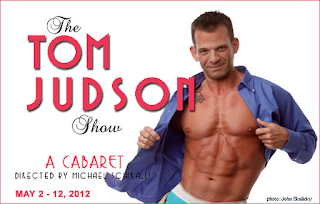