TOM ORR TAKES IT ALL OFF IN SEX REV

WHO IN THE HELL WANTS TO SEE TOM ORR IN THE NUDE? THE ANSWER IS: YOU DO!

Director John Fisher takes us on a hilarious don’t trip over the bodies queer-comedy drama. Fisher takes you on a wild ride that is all about politics -- cops that arrest in the 50’s, and beyond the 60’s.  This was a time when Gay Bars got shut down just for turning toward someone on the Bar Stool next to you.

The Story about Jose is a whip snapper. He was outrageous and brave at the same time. He defied the cops and fought to save the famed “Black Cat”. It was a mini opera house, where you could get a drink and listen to Jose sing Aria’s from Aida to Carmen.

Later, after they closed the revered “Black Cat” Jose turned to politics. He blurted out: “I’m going to run for Supervisor” – and guess what? – He almost made it with over 5,000 votes with his citywide campaign.

He blurted out again: “ They won’t stop me!” – I will become the first Emperor of San Francisco. I will then have some power.” And waddeya know – he did exactly what he said and became San Francisco’s first Emperor.

I knew Jose well and he even put me in one of his shows at a Tenderloin Bar called “The Royal Palace”. When we all sang a song, that I forget – Jose said: “Someone is off key” – is that you Lee? I admitted to being the off key guy. “That’s great – that’s what I wanted, someone that sings off key to get some laughs.” So – I joined the show. We all got faux leather jackets with “The Royal Palace Singers” stamped on the back of the jackets. I even did a mock-up as Jose Singing. He didn’t love it—but he admitted that it was fun.

You know what – this Fisher musical play is brilliant. And the performers? – Arguably the best this year! This multiplex formula mix of singing, acting and “Cirque du Soleil” like Gymnastics keep the action going. It’s full of surprises and smoldering passion. And then there is the “Hard – Driving” Tom Orr’s naked appearance. He jumps out on the stage, swinging his tool around. If you faint easily – don’t go. But, you know what? – You will be there, just to see that. It’s one of the seven-wonders of the world. It will make your wide- open mouth open up, even more -- and your heart will certainly speed up. Please, don’t drool on the seats.

You’ll want to experience what San Francisco Theatergoers are cheering about. Hey, with a little tightening up – it could be an Off-Broadway Musical. I’ll bet that those N.Y.  Mouths are already watering up!

THERE IS A STUNNING ENDING WITH BEAUTIFULLY TALENTED ACTORS: They play many roles: Carlos Barerra, Donald Currie, Jean Franco, Sean Keehan, Robert Kittler and Tom Orr. ALL are irresistible! Everyone in the cast plays Dual Roles. For instance, there are three Jose’s playing at different times and years.

AT THE COUNTER PULSE THEATRE ON MISSION @
NINTH 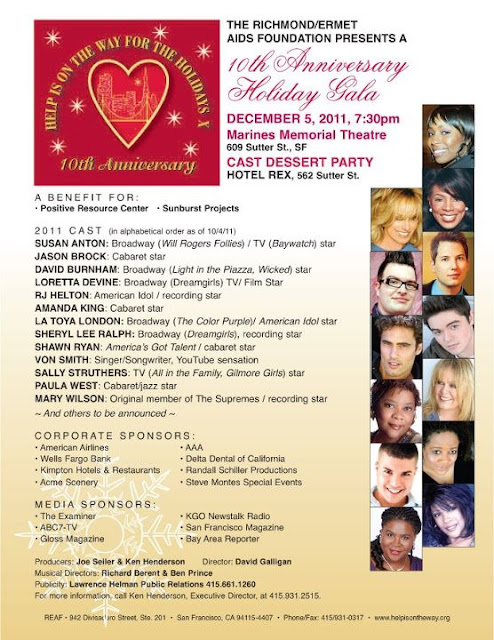