HOW TO INHERIT A FORTUNE

This musical play rips around and under, in the breaking tunnels you've been dreaming about. And most of it involves money. You're rising everything. Men wear flashy clothes, that bring good news. The performers are just what the audience has always wanted - you don't even need to make a trip to the top of the Blarney Castle. You made it to the top already -- and you appreciate your powers. As one singer says: - "It's in your Hands Now" -- Also love the song "Gold" -- it's the glittering stuff that really matters. Then there is "You" - Where have you been all my life?

John Fisher's direction gives a pre-eminent best show of our time. Sondheim has brought a rich and varied tuneful score to the stage. The play rales along rapid quirks with unexpected ways that leave me exhausted.

ROAD SHOW EXPOSES SOME DARKNESS among the many comic possibilities -- I laughed almost non-stop. The audience is bound to run quickly to this Sondheim Gem. I sure as hell will. Again!

The show has gone through some changes around the world. That was then. This version is so beautifully sung and played that you want to here it again and again. There is Gold on that stage. One brother knows how to get it and the other brother? -- Well -- he is just a bad boy.

This version now playing at the Theatre Rhino (At the Eureka Theatre) just grows richer. It grew from Sondheim's Bounce to the newly and refreshed "Road Show". The score is not just good -- it is a damn good one. 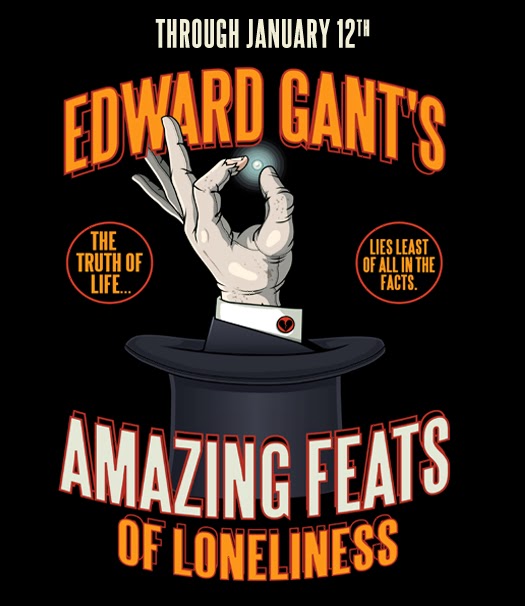 This is strange. I mean really, really strange. Is it a scary, freaky show that is on the road. However, the play has many good things about it. The best part of Gants Comedy is a mixture of much melodrama. You must really delve into the darkness of the night to appreciate this stage play. Some people in the audience did get the humor. Even I broke a smile know and then.

There is the kind of Ring Master who sneaks around the room. He gets to play some extraordinary tricks along the way. One minute the cast is in front of us -- then someone pops up in the back of the Theatre. Yes, I would say that he is very lonely.

The clowns are interesting, and the characters have free rein from comedy to gentle and then go from love unusual outrageous toys to a creepy bear. This kind of physical comedy brings out wildly funny performances to many.

Not quite The Phantom of the Opera - but close. We do get to see a lot. There is some wonderful musical moments that I totally enjoyed. The Actors were fabulous. They worked really hard to bring out the show glitz. But maybe lost love and loneliness may not be as wildly funny as I had hoped. The ending kind of losses the power, but there still is much whimsy to enjoy. Near the end of the show -- I began to fall off the Radar.

THE SET DESIGN IS BY THE AMAZING NINA BALL**