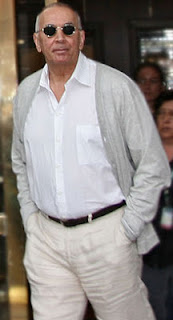 This feature film debut of commercial director Jake Schreier was an instant favorite at the Sundance Film Festival and it also screened at the San Francisco International Film Festival.

Here’s the deal: Frank (Frank Langella) is a retired cat burglar. He has two grown kids who are concerned about his well-being. His kids want to place him in a nursing home, but Frank’s son decides on a different option. And the son buys Frank a walking, talking humanoid robot that is programmed to help Frank get around physically and mentally. But, you’re in for a surprise. Frank is not a dumb minded as you might think and the Robot tries to outfox the retired Frank.

The movie is hilarious and the robot and Frank try to outwit each other. It’s like me trying to figure out how to make a 4-G phone work. By the way Frank does not want the Robot around, and he finds sneaky ways to outwit everyone. He still knows how to steal Jewels.

This movie has tremendous style and the right cast. Its kind of science fiction mixed up with human beings. The Robot is extremely clever. There are plot twists that will surprise the hell out of you. The wonderful Stars are: Frank Langella, James Marsden, Liv Tyler and Susan Sarandon. “ONE OF THE BEST FILMS THIS YEAR!”

(((Lee Hartgrave has contributed many articles to the San Francisco Chronicle Sunday Datebook. He also produced and hosted a long-running Arts-segment on PBS KQED)))