MAGIC MIKE AND THE NUDETTES (MOVIE) - TIDBITS BY THE BAY

TIDBITS BY THE BAY and OLETA ADAMS AT THE RAZZ

While the movie is not exactly a true masterpiece -- it is a complex story about back stage hunks, who love to shake their tight butts with their heart and soul.


THEY ARE FREEWHEELING STRIPPERS, WHO WORK DURING THE DAY ON A CONSTRUCTION SITE. Naturally they have all the muscular power that you've ever seen. Talk about ripped ABS - they have it all. Everyone wants to hang out with these guys. Of course -- the women can't resist them.


Expertly put together, this film can be extremely funny, and then on the other hand drugs help to keep the indisputable (Gods) in great shape at all times. Hey, I know one that spends every day on his muscles. However in the movie, the party is almost over as drugs do some of the "Gods" in. They all had big dreams of making it big in Las Vegas, but the drugs took away that dream.


This a dysfunctional drama that is emotionally charged with beating music in the background. You don't see complete nudity -- but you do get to see a lot of tight ends and bouncing boobs. The characters -- all of them, are interesting and appealing. Even though they do some naughty outlandish things. The male dancers reminded me of "Thunder Down Under" -- a Strip show that has apppeared many times at the famed Rrazz Room and other venues. On the screen -- it is a little more dramatic. Naturally -- it's powered by great directing and perfect lighting. Love comes and goes -- and some of the lives are totally ruined.


The film is handsomely performed by the worthy cast. Even though it may not be for everyone -- some will leap over barriers to get to see Magic Mike. And there is this: The movie repeats many of the Strip Tease moments. If you've seen one Butt and routine of faux sex -- then you've seen them all. It gets a little tiresome. However, on the other hand it's intense and visually striking. Strong Directing by : Steven Soderbergh. Writer: Reid Carolin (Screenplay) keeps you interested. Here are the fascinating stars: Channing Tatum, Alex Pettyfer and Olivia Munn.
RATING: THREE BOXES OF POPCORN!!! -trademarked- 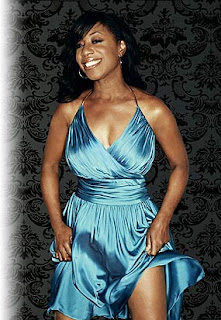 THERE IS NOTHING LIKE listening to a real live stage performer. And that is exactly why we go to the Rrazz. Oleta Adams has a wide range of great music - much of it written by her. At the Rrazz Room the applause never ended. She reminds me at times of Anita Baker. Oleta is a classy performer. And the class and elegance stays with her throughout the set.

I have a few suggestions. Throughout the invigorating show she sits at the piano. It is nice for a while, but as attractive as she is -- wouldn't it be great if she stood up and sang from the stage?

If you are a follower of soul, gospel, jazz and magnificent clarity. Oleta is the real deal. Her song arrangements are super. And not only does she melt the audience with her music -- she also entertains the crowd with inside jokes. She is personality plus.

Whether she sings Gospel or pop, you're guaranteed a rousing evening.  An when she sings "A Circle of One" -- you know right away that the Circle includes you.


"Let's Stay Here" is one of the songs that turned the audience into "A Circle of Love". They absolutely adored her at the Opening night at the Rrazz Room.


Oleta wraps her music around a wonderfully observed musical evening. She touches your heart one moment, and the next moment she is tartly comic. Loved it. Adams is deliciously self-assured.

NOW PLAYING AT THE RRAZZ ROOM

THEATRE THAT THROBS WITH LIFE. Really? What else throbs?

UNFLINCHING AND RIVETING! - "I'll just bet that you are!"

ONE OF THE MOST UNEXPECTED AND GREATEST DISCOVERIES OF THE YEAR! - "Which end were you looking at?"

FORCEFULLY ACTED. - "Oh no - you're not doing the Foie gras thing again are you? It's not Duck Delicious! - "Quit unzipping your pants"

THIS MOVIE HAS A DEFIANT ATTITUDE! - Hey Dude - when did you age any attitude?

HAVE TIDBITS TO ADD? send to: