SNOOPY: THE MUSICAL IS A STAGE-TO-SCREEN TRANSLATION, OR MAYBE IT'S A COMIC STRIP IN THE DAILIES. No matter what-I am thrilled with the musical. To me -- it's still an award winning prize. Heck - the evening is full of color and energy. How can you dislike it. And even though the music sounds like it was taken from other musicals -- who cares? I don't -- I loved Dave Dobrusky's playing on the Piano - he practically gave an opening production that was like being in the Opera house. He's a wiz.

And there is Kyle Stoner (Linus van Pelt) who is 'Not for the Faint of Heart, or the lazy of singing. He burns up the stage. And the way he drags his blanket around is an absolute can't miss. Everyone in the audience is thrilled beyond. The whole evening was packed with  many laughs-per-minute from Ashley Rae Little (Peppermint Patty) and Ian Leonard (Charlie Brown) -- who shows us his soul. In the end --Charlie is truly brilliant. I almost cried along with him.

The entire cast is full of talent. And I'm talking 'Serious Talent'. I've seen nothing better than this stage show. And you won't find any better and exciting talent than Keith Pinto (Snoopy). He is electrifying! He not only performs like a dog. He's jumps around like a circus performer. There isn't a dull moment.

The SNOOPY is a rapid fire crowd-pleaser. The cast could not be better. Watch them -- they will all be huge stars along the way. 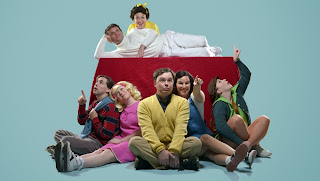