CLOUD ATLAS IS SOMEWHERE OVER THE RAINBOW 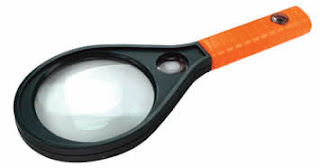 WHEN YOU GO TO SEE ‘CLOUD ATLAS’ IN A MOVIE THEATER – be prepared for a trip to another world.

Yes, visually the movie is entrancing. What in the Hell is going on in the film is another thing. It’s ‘Star Wars’ on steroids. There are some comic moments and then there is the torture stuff. For that you may want to look away.

This is the strangest film that I have ever seen. There is romance that ends up in death and as flying jets crash into each other. All the Jets look alike, so we never know who is killing who.  On the ground level are men are dressed as business clothes, (like Mad Men in the T.V series) - others are dressed in very bizarre clothing (Space Cadets). The style and structure is beyond belief.

The Actors are all ‘top drawer’. There is no doubt about that. The audience applauded the screen a lot. That doesn’t happen very much in movie Theaters. It’s beyond ‘Avatar’. Personally, I would not like to be living in the clouds. But then, there is the visual extravaganza. No, it’s not ‘Masterpiece Theater' – or ‘Downton Abbey’ (a dirty Abbey) - but close.

The age groups in the movie are quite interesting. What do they want? They all want to conquer the world. Just like the good old boys in all countries. Greed is what keeps them in the Clouds! Of course, the USA is also on the same track. Oh, and I forgot to mention sparks of “Blade Runners”, that seem to want to screw up everyone's life in the Clouds.

The biggest problem is the editing. The film is way too long and confusing. But it is fun to watch all the different looks, as the actors play several different roles (prosthetics and makeup). Amazing!

The musical score is enormously tremendous – the visuals actually do send you out to the clouds. There also are tinges of “Wicked” and “Somewhere over the Rainbow.”

It sure is an experience. Some will love it – and some will hate it. But, they won’t forget it.