MESMER LOSES HIS MAGNETISM plus

MESMER THEORISED THAT THERE WAS A NATURAL ENERGETIC TRANSFERENCE that he named (animal magnetism). In his crackpot way he somehow thought that his spiritual forces could drive the demons out of someone by using his mesmerism technique. Mesmer’s name is the root of the English very “mesmerize.” And he was born in my birth month (May). Thank God it wasn’t in the same year (1734).

This Two Character play MESMERIC REVELATION, is loosely based on short story that Edgar Allen Poe wrote. The Actors -- Theo Black and Joe Jordan are stunningly great as two scientists throw barbs at each other. But here’s the deal. As mesmerizing as it can be – the play also seemed to put me into a catatonic state. Even the fascinating costumes by Tammy Berlin, and the fantastic lighting by Gary Graves couldn’t un-mesmerize me. No - even the super sound effects by Gregory Scharpen couldn’t bring me back from the mesmerized state of insanity.

Yes – I know that Edgar Allen Poe was scandalously clever and bizarre – but this play takes us way beyond that. As much as I wanted to be rid of the demons inside me, it just didn’t work. As I looked around the room – I noticed that the audience was also mesmerized. I guess that Franz Anton Mesmer was just a little too heavy duty. I was hoping for something more like “The Wizard of Oz” – not “The Demon Barber of Fleet Street.”

Here’s the deal. Central Works always gives us reasons to celebrate. Especially, in the acting and stage presence. The actors are some of the best that I have ever seen. The staging, lighting – everything was very top drawer. That’s the good. Here’s the not so good mesmerizing part. The play was very repetitive. Way too many scientific terms were thrown about like loose marbles. The Sun and the Moon just did me in. I thought, looking around – “Oh, my God – maybe the audience needs oxygen.” The too many words were messing with our heads. Please, may I have a cold towel? Yes, I do know that it is a method play – but surgery should not take that long. But for those who love trying to figure out the animated and inanimate – then you will probably be frothing at the mouth over this play.  Sorry, but human bodies were not meant to think about going insane.

Central Works has presented a tantalizing play – even though it is heavily burdened with
Technical methods.

(((Lee Hartgrave has contributed many articles to the San Francisco Chronicle Sunday Datebook. And he has produced a long running Arts Segment on PBS KQED)))

GLITTER AND BE GAY
Beyond Lady Gaga

The wild and crazy show “Hold Me Closer, Tiny Dionysus” is about society as the way it is now, says director Ben Randle. O.K. that sounds pretty nice – but I more or less got the feel that I was in the 70’s where everyone wore a flower in their hair. Sure there was some political turmoil referenced -- however, I saw a play that was a lot of fun with half nude boys and girls romping around like they were in a bathhouse.

What’s going on here? Well, it shows that young actors can be free spirited and very talented. The energy was strong enough to make the High Speed rail dream come true. They had that youthful power and a very large 7-foot festival-style Minotaur puppet. “It’s not about gender, class or religion” – says trixxie carr. Let me think that one over.

Well, even though I don’t think that any political changes were made by watching the show -- it sure was a hell of a good time. A drag queen performer (in the image of Lady Gaga) sings and wears outrageous costumes and frolics around the equally sexy boys. S&M drag is back in favor. They are desperately trying to make it in show business in this play within a play. The Lusty movements are exciting and sensational, and of course, who could resist the sexy undulating rear ends.

The whole idea of gee kids  -- let’s put on a play so that we can make a little money during this depression didn't seem to work for them. And ‘trixxie carr’ (she prefers all lower case) – the faux queen, actress, chanteuse, playwright and San Francisco native, performed her original music as theatrical pieces. And they ARE really very good. You can find her on itunes and cdbaby.com. Actually, she is more attractive than Lady Gaga and more outrageous.

This was A Return Special Engagement by trixxie carr. Trixxie and Ben Randle conceived the show. The Story is about a god banished from Mount Olympus. The God teaches them how to survive The Great Recession. Gee, I didn't know that the fantastic production numbers of classic rock and pop song, drag and puppetry was going to break down that recession. Well, actually - it didn't - but you guys did give it a hell of a try.

Here’s the thing…this is a fun nostalgic show. Everything old is now new today. The audience was ecstatic. I gotta tell the truth – I was into it also.

Last performance was at the Counter Pulse Theatre @ 9th and Mission Streets. I suspect that there will be another encore in the future.

FOR MORE STORIES SCROLL DOWN
promoted 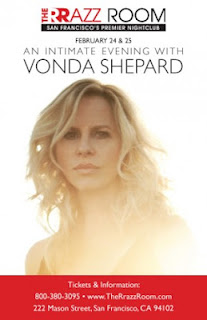 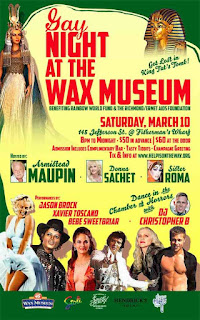