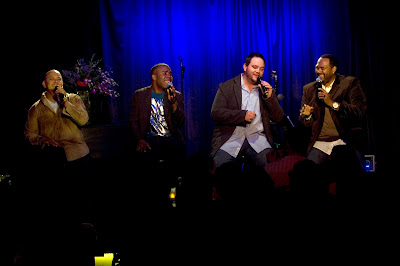 MUSICAL WONDERS OF 'ALL 4 ONE' - THEY WILL BLOW YOU AWAY!
Photo: Pat Johnson at The Rrazz Room.